Tyson Fury’s promoter Frank Warren has disclosed that he would like to see a fight between his client and Anthony Joshua than a trilogy with Deontay Wilder.

The Gypsy King won the WBC title from the Bronze Bomber in a one-sided affair at the MGM Grand Arena in Las Vegas.

And a possibility of staging a third fight is hanging in the balance as the battle of British heavyweights is now the preferred choice. 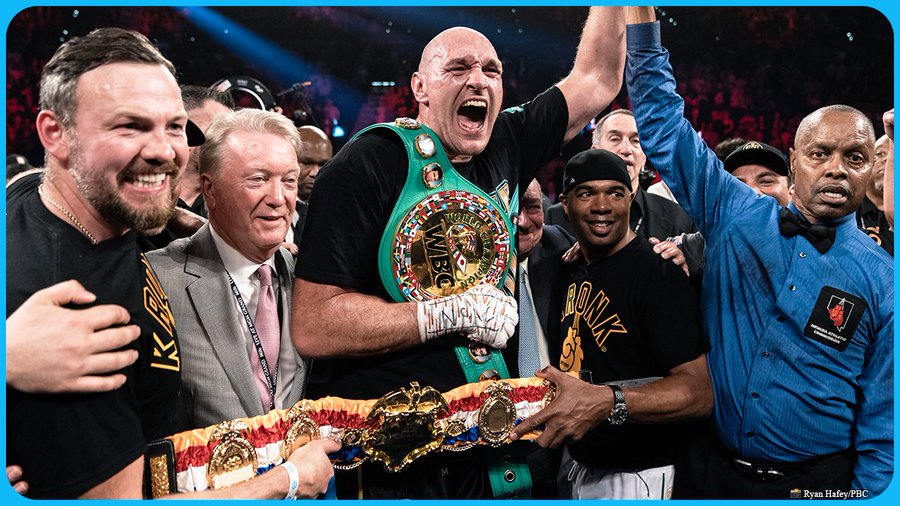 944 people are talking about this

Warren said: “Directly after the fight Tyson said he’d love to do the unification fight with Anthony Joshua.

“That’s his next target. He wants to unify the belts, but he’s prepared and happy to fight Wilder again.

“Everyone wants to see Fury vs Joshua. It’s an easy fight to make if it’s a 50/50 split. When is the next time we’ll have two British heavyweights holding all the belts between them?

“If there’s a deal to be done, we will sit down and discuss it. It’s a unique opportunity to make an incredible fight.”

However, Wilder is not ready to accept to be brushed aside for a Fury vs Joshua bout to happen and is ready to exercise his rematch clause.

The dethroned champion has three weeks to exercise his rematch clause for a third fight.

And to that effect, the possibility of Fury and Joshua fight will be pushed further to November or December, 2020.

“Right now, the clause for a third fight with Tyson Fury has not been activated yet,” Wilder’s manager Shelly Finkel told World Boxing News. “Deontay intends to activate it, he wants the trilogy.

“I can confirm Deontay will exercise his right to fight Tyson Fury next. That’s the fight Deontay wants. It will happen next.”

I Will Knockout Wilder Before 7th Round – Anthony Joshua Boasts

No Boxer Is Afraid Of Anthony Joshua Now” – Tyson Fury